The Radebeul–Radeburg Railway is one of the oldest narrow gauge railway lines in Germany. The nostalgia-invoking steam trains run every day on the 16.6 kilometre route from Radebeul Ost to Radeburg via Moritzburg.

The narrow gauge trains begin their 16.6 kilometre journey every day from the Radebeul Ost station in Radebeul, known for its wine and adventure novelist Karl May. Once past the romantic Lößnitzgrund area, it climbs a few metres and puffs its way through the Moritzburg marshlands.

En route it crosses a causeway cutting through the middle of Dippelsdorf Lake. Shortly afterwards, the line reaches Moritzburg, with its baroque hunting lodge. In Moritzburg we recommend a detour to the game reserve, to the old lighthouse, and to Little Pheasant Castle.The "Lössnitz Dachshund" then steams onward via Cunnertswalde to Radeburg. This is the birthplace of a true Berlin original, illustrator Heinrich Zille, who you can learn more about in the local museum.

Tickets for the narrow gauge railway are available in 4 price levels for both individual and group travel. They can be purchased from the guard.

All prices are based on the price table: 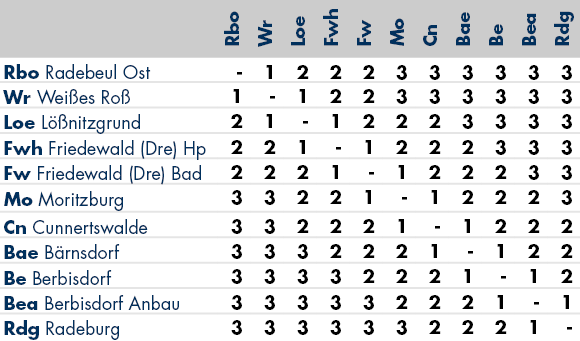 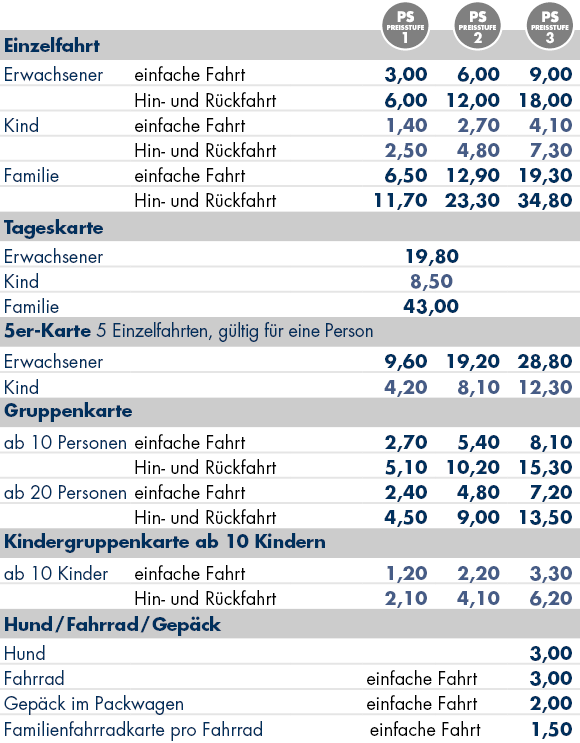 Tariff tip for holders of weekly, monthly and Abo-monthly passes

Do you have a weekly, monthly or Abo-monthly pass which includes the Radebeul tariff zone (TZ 52)? If so, you can travel free on the Radebeul–Radeburg Railway.

The accompaniment rule which applies to weekly, monthly and Abo-monthly passes does not apply at the weekend or on bank holidays.

To get to Radebeul Ost station (where the Lößnitzgrundbahn begins), take S-Bahn S 1 or the RE 50 from Dresden's main railway station.

Tram line 4 will take you from the Postplatz in Dresden to the „Landesbühnen Sachsen“ stop. From there it is a short walk (about 3 minutes) to the „Weißes Roß“ station on the narrow gauge line.

Taking a cycle is no problem because the train has a luggage and bike car with space for 30 bikes.

The stations at Radebeul Ost and Moritzburg have lifts to help passengers with disabilities or restricted mobility to get on and off the narrow gauge line. However, it is best if you get in touch before travelling. Please let us know, at least 1 day before you travel, your start and end station and your departure date (departure time) by contacting:

Enjoy the romance of the railways combined with wine with our exclusive "Narrow gauge wine-tasting" experience. While travelling on the "Lössnitzdackel" you can enjoy a range of Saxon wines and hear tales related to the local vineyards.

All information is subject to Change.

Order brochure in the shop

Order flyer from the shop